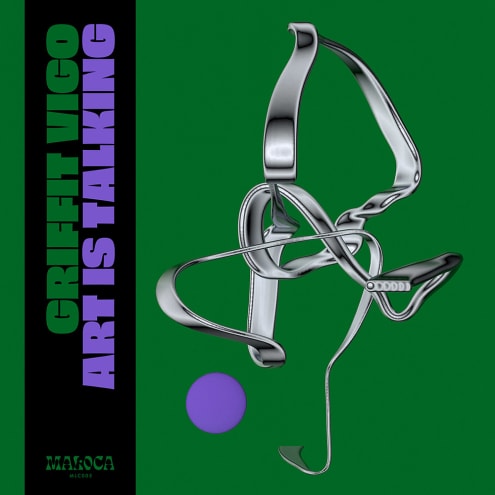 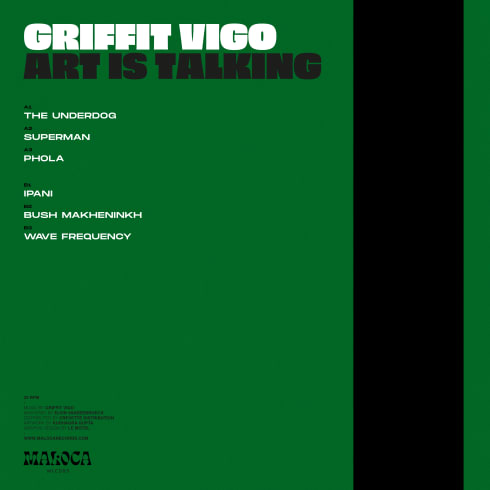 Following records from Farsight, Howie Lee, and founder Le Motel, Belgian label Maloca Records announce its next EP. The label’s ethos is to build bridges interlinking disparate yet like-minded musicians dedicated to blending organic electronic and acoustic elements, and on this occasion, Maloca invites Durban artist Griffit Vigo into the fold - releasing a 6-track EP, ‘Art is Talking’ on the 3rd December.

Griffit Vigo has been producing music since 2004 and spearheaded the sound of gqom in the early 2010s alongside artists such as DJ Lag, Rudeboyz, Emo Kid, and Dominowe. Predominantly releasing on Gqom Oh!, it was Vigo’s singles ’Ree’s Vibe’ and ‘DJ’ that cemented his reputation and helped gqom go on to become something of a global phenomenon with its intense, heavily syncopated style of dance music filtering into the work of producers around the world.

Launching Maloca Records in 2020, Le Motel aims to bring together a global network of makers which was highlighted on the label’s first compilation, Maloca Vol. 1. The release focused on a terrestrial and borderless percussive sound that has been bubbling in clubs and Le Motel’s orbit, featuring tracks from Nick León, OMAAR, DJ JM, Dengue Dengue Dengue, Coen, DJ N.K. and Tsongo.