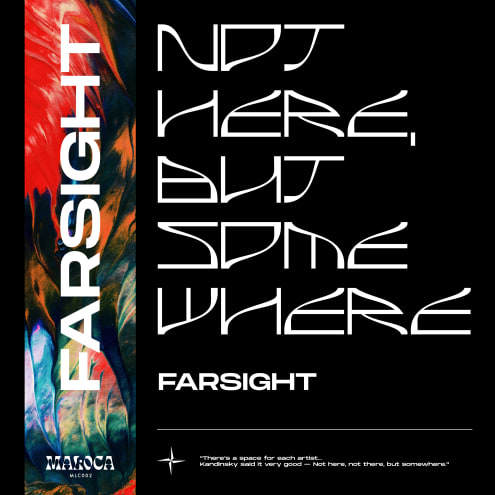 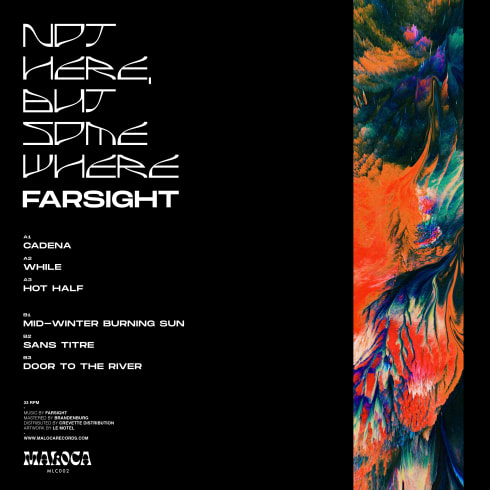 Farsight - Not Here, But Somewhere


“There’s a space for each artist…
Kandinsky said it very good — Not here, not there, but somewhere.” -Willem De Kooning

For Farsight, California’s bucolic San Geronimo Valley was the space that allowed for the creation of this handpicked selection of artistic output. Following a period of deep interest in abstract painting and its relationship to music, the artist found this lush and sparsely populated region to be an ideal location for contemplation and composition. Although the majority of the work was executed in the first two months of 2020 in this forested setting, some of the pieces were based upon drafts created as early as Summer 2017.

United in their eclecticism, the six cuts that comprise “Not Here, But Somewhere” reveal a broad spectrum of musical influences. They are statements in an age in which influence is omni-directional, and in which the pace of artistic invention outstrips the ability of observers to identify and reify sub-genres. Although each track presents a unique approach, “Cadena,” “Sans Titre,” and “Door to the River” reflect the continuing global suffusion of Latin American and Carribean styles such as reggaeton and dancehall. Simultaneously, the duo of “While” and “Hot Half” suggest the ongoing dialogue of techno, electro, and industrial music and the interstices between them. “Mid-Winter Burning Sun” invokes the intensity of American trap music with its booming bass while touching equally upon the feel of early dubstep.

Ultimately, the idea that there is a “space for each artist” can be taken both in a literal sense— One’s physical environment— And also in the figurative sense that there is room enough for the ideas of all artists, who are kindred spirits in the endeavor of radical self-expression. In this way, “Not Here, But Somewhere” exists as an acknowledgement and gesture of goodwill towards every artist daring enough to explore the unknown.